Even if the planet only warms up by 1.5 degrees Celsius – which is what the signatories to the Paris climate agreement are aiming for – one-third of all Asian glaciers will have melted by 2100, according to a study carried out by Utrecht University and FutureWater, which is published in Nature on 14 September. The melting of the glaciers constitutes a serious problem, since millions of people are partially dependent on the meltwater of these glaciers.

The researchers used results from 110 different climate models for four different climate change scenarios. The results are alarming. If the planet warms up by just 1.5 degrees Celsius, some 36 percent of all the ice in Asia will have melted by the end of the century. At present, the region still contains so much ice that it is also known as the ‘Third Pole’. There are some 5,000 gigatons of ice in Asia, enough to fill about 2 billion Olympic-size swimming pools.

The consequences of an increase of 1.5 degrees Celsius will be all too visible, particularly in the glaciers in the Himalayas and Tibet. More than half of these glaciers will have melted by 2100. And that is not all that will happen, the researchers predict.

‘At the moment, it does not look like we’ll be able to keep global warming down to 1.5 degrees Celsius,’ says Utrecht University’s Philip Kraaijenbrink, a physical geographer and the study report’s primary author. ‘Unfortunately, it seems more likely that between 49 and 65 percent of all ice in Asia will have melted by 2100, which will place a significant strain on the availability of water in the region.’

What is particularly problematic is the fact that the high-altitude areas in Asia are warming up much faster than the global average, which makes them highly susceptible to climate change. The research team, which also consisted of Walter Immerzeel (Utrecht University/FutureWater), Marc Bierkens (Utrecht University) and Arthur Lutz (FutureWater), emphasised that there may be significant local differences. ‘A large glacier tongue in northern Pakistan with a thick layer of debris on it will be slower to respond to a change in temperature than a small glacier in rainy Nepal,’ says Immerzeel, the leader of the research team. 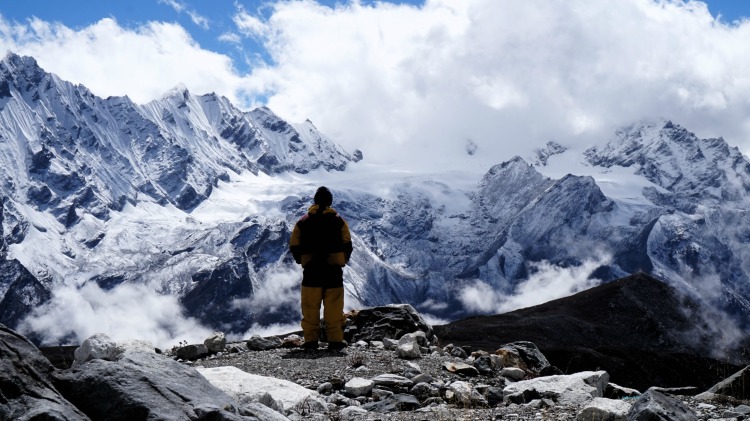 Disappearing glaciers pose a great problem to the millions of people who are partly dependent on their meltwater. ‘Meltwater is just one aspect of the water cycle, but climate change affects all aspects of that cycle’ says Arthur Lutz. ‘In a future study we will map out the impact of climate chance on the entire water balance in the region, particularly the effects wrought by extreme events such as extreme drought or flooding.’

A visual storyline about the study can be viewed at https://arcg.is/8Cjje