Hydrological extremes, such as the South Asian monsoon floods of last year, have a devastating impact on a society. Evidence suggests that hydrological extremes are increasing. To reduce the adverse impacts of hydrological extremes, adaptation strategies need to be developed, which requires knowledge on which drivers/processes are responsible for changes in hydrological extremes. For this reason, we conducted a study in collaboration with ICIMOD and Utrecht University, to assess the impacts of future climate change on hydro-climatic extremes in the upstream domains of the Indus, Ganges, and Brahmaputra. The outcomes of our study, based on our Spatial Processes in Hydrology (SPHY) model forced with an ensemble of downscaled climate change projections, are presented in a (open-access) paper that has been published recently in PLOS ONE.

Our findings indicate that future climatic extremes will appear more frequently. Both, precipitation and temperature extremes are expected to increase in magnitude and frequency. The increasing precipitation extremes and to a lesser extent also the increasing temperature extremes will eventually contribute to increases in the intensity and frequencies of extreme discharges in most parts of the region. For instance, peak river discharges recurring every 50 years are in general projected to increase between 50% and 150% at the end of the 21st century, which implies that floods will increase towards the end of the 21st century. Only in the westernmost part of the upper Indus basin decreases in the intensity and frequency of extreme discharges are likely, which can mainly be attributed to decreases in ice and snowmelt. 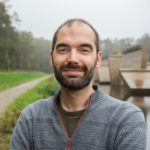