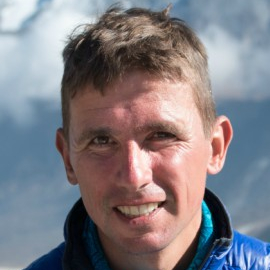 Prof. Dr. W.W. (Walter) Immerzeel has more than twenty years of experience in geo-informatics, water resource management and climate change and is skilled in hydro-meteorological monitoring, the use of remote sensing, simulation models and spatial analysis and he has been doing research on Himalayan hydrology since 2002. He holds a PhD degree in physical geography from Utrecht University and he is a leading scientist on the interface of mountain hydrology, climate change and agriculture, with a particular focus on the Himalaya. He has worked in the Netherlands as well as in numerous developing countries and he has a large international network.

Walter worked at the International Centre for Integrated Mountain Development (ICIMOD) in Nepal for two years, was postdoc at ETH Zurich and was associated to the research and consulting firm FutureWater from 2005 to 2015. He has been awarded several prestigious personal grants: NWO-VENI (2011), ERC Starting Grant (2015) and NWO-VIDI (2016) for his pioneering Himalayan research. In 2017 he was awarded the Boussinesque Prize for Hydrology and in 2018 he received the prestigious James B. Macelwane medal and became a fellow of the American Geophysical Union. He currently works as Professor Mountain Hydrology at Utrecht University where he is leading a number of projects on the cutting edge of climate change, glaciology and hydrology, is organizing research expeditions to the Himalayas and is responsible for teaching several courses in the curriculum of the Geosciences faculty.