Climate Risk Assessment for the Li River in China

The Li River basin in China is a basin that is prone to floods because of its mountainous character, narrow floodplains and extreme rainfall events. In 2020, large floods have occurred in this basin when enormous amounts of precipitation were observed in just a few days. A total of 272 mm rainfall was gauged on the 20th of June 2020 in Yangshuo, while the historical record was 207 mm. These amounts of precipitation have lead to the large floods causing problems in Guilin City and Yangshuo and the surrounding areas.

The objectives of this climate risk assessment for the Li River in China is to assess current flood risk and future flood risk in the Li river basin in China. With an average of 1800 mm annual total rainfall, floods are severe and frequent in the region. Additionally to rainfall, severe floods in are often related to discharges from upstream reservoirs

Given the fact that this area is data scarce, global datasets with climatic data (ERA5-Land), soil parameters (HiHydroSoil) and land cover (Copernicus) were used to feed a hydrological HEC-HMS model to calculate the discharge for the extreme event of June 2020. Based on measured water levels and discharge, it was possible to develop rating curves and with these rating curves, it was possible to estimate water levels in the river for current (validation) and future conditions. This analysis served as input for the full climate risk assessment,  in which possible interventions were proposed to reduce flood risk in the future. 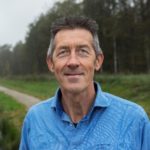 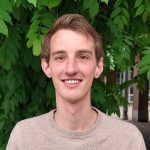