Groundwater is one of the most important freshwater resources for mankind and for ecosystems, and has been declared as an Essential Climate Variable (ECV) by GCOS, the Global Climate Observing System. However, the Copernicus Services do not yet deliver data on this fundamental resource, nor is there any other data source worldwide that operationally provides information on changing groundwater resources in a consistent way, observation-based, and with global coverage. This project aims to develop the Global Gravity-based Groundwater Product, the G3P, which monitor groundwater storage changes with global coverage and monthly resolution from 2002 until present by a cross-cutting combination of GRACE and GRACE-FO satellite data with water storage data that are based on the existing portfolio of the Copernicus services. G3P is developed for later operational implementation of the Essential Climate Variable (ECV) Groundwater into the Copernicus Climate Change Service, Lot “Land hydrology & cryosphere”. G3P data will be the basis of a Groundwater Drought Index which will be prototype and tested by FutureWater in a large region of South Spain.

Groundwater is one of the most important freshwater resources for mankind and for ecosystems. Assessing groundwater resources and developing sustainable water management plans based on this resource is a major field of activity for science, water authorities and consultancies worldwide. Due to its fundamental role in the Earth’s water and energy cycles, groundwater has been declared as an Essential Climate Variable (ECV) by GCOS, the Global Climate Observing System. The Copernicus Services, however, do not yet deliver data on this fundamental resource, nor is there any other data source worldwide that operationally provides information on changing groundwater resources in a consistent way, observation-based, and with global coverage. This gap will be closed by G3P, the Global Gravity-based Groundwater Product.

The G3P consortium combines key expertise from science and industry across Europe that optimally allows to (1) capitalize from the unique capability of GRACE and GRACE-FO satellite gravimetry as the only remote sensing technology to monitor subsurface mass variations and thus groundwater storage change for large areas, (2) incorporate and advance a wealth of products on storage compartments of the water cycle that are part of the Copernicus portfolio, and (3) disseminate unprecedented information on changing groundwater storage to the global and European user community, including European-scale use cases of political relevance as a demonstrator for industry potential in the water sector. In combination, the G3P development is a novel and cross-cutting extension of the Copernicus portfolio towards essential information on the changing state of water resources at the European and global scale. G3P is timely given the recent launch of GRACE-FO that opens up the chance for gravity-based time series with sufficient length to monitor climate-induced and human-induced processes over more than 20 years, and to boost European space technology on board these satellites.

In this project, FutureWater is in charge of a case which aims to prototype and calibrate a Groundwater Drought Index based on the G3P product, and to integrate it into InfoSequia, the FutureWater’s in-house Drought Early Warning System. The new InfoSequia component will be tested for inherent reliability and flexibility at the basin level in a total area of about 145 000 km2 in Southern Spain which largely relies on groundwater resources. This pilot region comprises three large basins (Segura, Guadalquivir and Guadiana) with many aquifers and groundwater bodies where very severe dynamics of overexploitation and mining have been identified and declared. Unsustainable groundwater development threats the water security in the region, but also the ecological status and preservation of unique and highly protected ecosystems in Europe (e.g., Doñana National Park, Daimiel National Park, Mar Menor coastal lagoon). 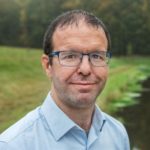